Jumpstart Your Business with the SOLIDWORKS for Entrepreneurs Program

Jumpstart Your Business with the SOLIDWORKS for Entrepreneurs Program

Eddy Lin had a crazy idea while hiking the foothills of Los Angeles. Tired of LA’s heavy commuter traffic, Lin began dreaming of building a personal aerial vehicle. As he researched how to turn his idea into reality, Lin came across the GoFly Prize, a Boeing-sponsored competition to create a personal flying device with help from global aerospace experts and cash prizes.

The GoFly Prize personal flying device must be safe, quiet, ultra-compact, nearly VTOL (vertical takeoff and landing), and capable of carrying a single person 20 minutes without refueling or recharging. 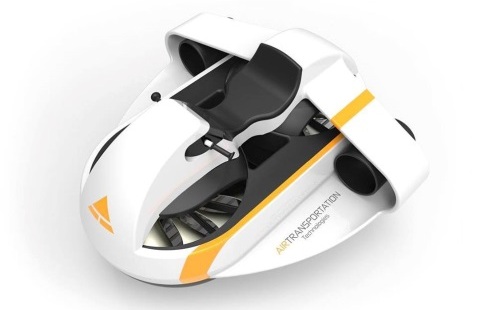 For early-stage companies that meet the eligibility criteria, the SOLIDWORKS Entrepreneurs program offers software, training, and co-marketing resources to help your idea become a product and your product become a business.

After acceptance into the program, you receive up to three SOLIDWORKS licenses for each relevant category. “We requested the premium package, so we’re able to do everything imaginable with the software, from concept to final product,” said Lin.

Air Transportation Technologies entered Phase I of the GoFly Prize competition, along with 200 other entrants. Even though Lin and his team did not win, the contest is by no means over. On to Phase II. 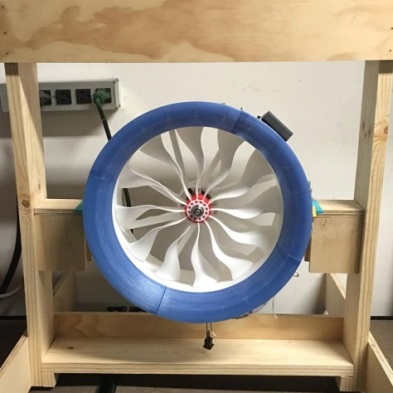 “Phase II is where you build a prototype and start collecting data for testing. We also have to refine our proposal from Phase I with more data,” said Lin. “If we win Phase II we get a chance to participate in the final fly off, which gives us a chance to win the grand prize—a million dollars.”

Getting involved in the GoFly Prize competition has helped Air Transportation Technologies to begin looking at their dream as a business. It motivated them to do renderings, build prototypes, and more.

“Right now we are designing and building the lift fan. Our current plan is to build a fully functioning quarter-size scale model that can do what the full-size vehicle can do in the competition. After the scale model is completed—hopefully, we’ll have it flying within a month or so—we will fine-tune the controls, iterate the design, and get everything ready to build the full size.”

Lin and his team are excited and hopeful but have no idea how well Phase II of the GoFly Prize competition will go. But neither did the completely unfunded Wright Brothers. Air Transportation Technologies has already achieved some pretty amazing things. GoEngineer wishes them luck!