When STEPs Become a Misstep

When STEPs Become a Misstep 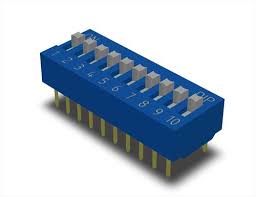 Though STEP files are critical in collaboration between MCAD and ECAD, an important issue has become more significant as of late. Because there are many ways for you, the electronics designer, to obtain STEP files, it is difficult (if not impossible) to know what tool was used, or more importantly if the STEP file was tested against any rule set. This is not just true for components that may have been pulled from 3DContentCentral.com. Anyone can make a STEP model contribution to the site. Also such components can be provided by OEMs who then, provide them to suppliers, such as Digi-Key and Mouser.

Why is this now an issue? In the first generation of MCAD / ECAD collaboration capabilities a STEP files pulled into an MCAD tool were broken into their elementary sketches. Now, with tools such as SOLIDWORKS PCB directly collaborating with SOLIDWORKS CAD, the STEP is no longer a collection of sketches. It is brought into SOLIDWORKS CAD as a single part. Unlike ECAD tools, SOLIDWORKS CAD expects that the STEP file was drawn correctly.

The ECAD tool is far more forgiving; it has no need for the interrogation of the relationships between sketches of a given component’s STEP. The purpose of the STEP file is for physical clearance rule checking and 3D visual representation.

The collaboration between ECAD and MCAD may start in the MCAD package, but the electrical components must be declared in ECAD package. In electrical design, there are two component representations. The first representation is symbolic, used in a schematic drawing which is dimensionless. The second representation is the footprint, used in the physical layout of the board. In the past, the footprint was simply that – the pads to which the component would attach during the assembly process. However, the 3D representation is now added, allowing additional physical clearance rule checking (as well as aesthetics). With collaboration between ECAD and MCAD tools, it is simply a matter of bringing work done by the electronics designer to the mechanical tool for fitment and placement assistance.

If the 3D representation of the component is first introduced by the MCAD tool, it has no relationship to any components in the ECAD tool.  Unfortunately, it is not a simple a matter of linking the 3D representation to an existing ECAD library component. It must be embedded into the library. Thus, it is easier for the electronic designer to create the symbol, the footprint, and include the STEP model in the footprint when making the component.

Since the electronics designer needs to create the library, they are always looking for available STEP files, as most do not have the ability to draw their own. Therefore, a procedure is needed so the STEP file can be tested and repaired prior to being added to the library. Repairing the STEP file after it has been used in a PCB layout becomes a messy process.

In a future article, we will discuss ways of correcting components with STEP files that cause MCAD errors. For now, the recommendations are:
Back